At Disability Equality Scotland, we are delighted to announce Kayla-Megan Burns as our new Convener and Marie Harrower as a new Director. 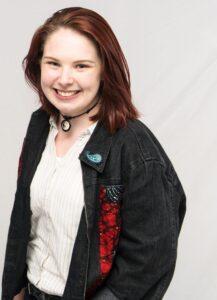 Kayla is a climate and social justice activist who has worked locally, nationally and internationally on projects and campaigns covering areas such as the climate emergency, accessibility, the right to education for all, anti-hate, and gender equality.

Originally from Enniskillen, N.Ireland, Kayla moved to Glasgow to pursue studies in Biomedical Science at the University of Strathclyde. Since then Kayla has rapidly built their career, becoming the President and Chair of the Trustee Board at Strathclyde Students’ Union, a member of Strathclyde University Court, becoming a member of the New York Times Generation Climate, and establishing Songplistic to increase the accessibility of making music for all. They regularly speak at various conferences on topics such as business, society, and climate change, bringing their unique experiences and perspectives as a young, disabled, non-binary individual.

Kayla aspires to see a world of social and environmental justice for all, and has committed themselves to doing as much as possible to achieve this. 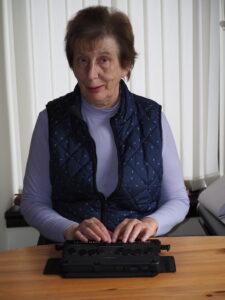 Marie has been blind since birth and was brought up on the Isle of Mull and attended the Royal Blind School in Edinburgh. She trained as a physiotherapist at the RNIB school of physiotherapy in London, and qualified in 1972.

Marie has enjoyed an interesting and varied career. In 1976, Marie was selected for the British paralympic team to compete in the Paralympics in Canada. Fantastic coaching and tremendous support from family and close friends allowed her to reach the podium.

From 1997 until her retirement in 2012, she was Head Physiotherapist in Oban and North Argyll which included some of the inner Hebridean islands.

Marie continues to maintain fitness and fun with swimming, walking, horse riding, as well as enjoying listening to classical music and participating in choral singing. She also enjoys meeting people and participating in committee work, and very much appreciates spending time and socialising with family and friends.